5 Ways To Spend A Flat Day With Pacha Light

She’s the Gold Coast golden girl with a story that warms hearts, and is also a serious talent in the surf. Meet Pacha Light, the 17-year-old sponsored by Billabong after starting her journey with Laura Enever’s second-hand surfboard back in 2011.

If there’s anyone that embodies the importance of having a vision and then working unashamedly to bring it to life, it would have to be Pacha. From humble beginnings she is now surfing on the QS, travelling the world, and inspiring a whole new generation of young female surfers through her work as an ambassador for Surfrider Foundation.

So, without further ado, join us as we chat to Pacha about her favourite ways to fill the days when the sea is as flat as a pancake!

Pacha herself has been dancing since she could walk, and was actually dancing on the roadside when Laura Enever passed her that fateful day back in 2011. Dance is the perfect way to unleash your creative energy in the form of movement on land instead of sea. Put on some Beyoncé and dance like no one’s watching! Whether you’re belting out the lyrics to Bohemian Rhapsody or learning how to play a little Jack Johnson on the ukulele your aunt bought you for Christmas, you’re guaranteed to be having a good time. So boost those feel-good vibes, get your crew together and leave your karaoke inhibitions at the door.

“Go for a horse ride”

Don’t panic if you don’t have a paddock in the backyard and a majestic white stallion nibbling sugar cubes from your hand in the morning – you don’t need to own a horse to tick this one off the list! We guarantee there’s a riding school somewhere near you that does cheap rides by the hour. Why not give it a go? You might surprise yourself. Besides, horses have pretty eyes so it’s a win-win really. Whether it’s a cruiser, a shortboard or a longboard – if you’re a surfer you should really invest in a skateboard! Skating is one of the best ways to practice the full body movements required for deep, powerful turns on a surfboard. Just remember you’re on concrete, not water (so don’t skimp on the safety accessories!). Skating is definitely more fun in numbers so grab your sister or your best mate and head to the nearest skatepark, cul-de-sac or boardwalk for a bit of fun. 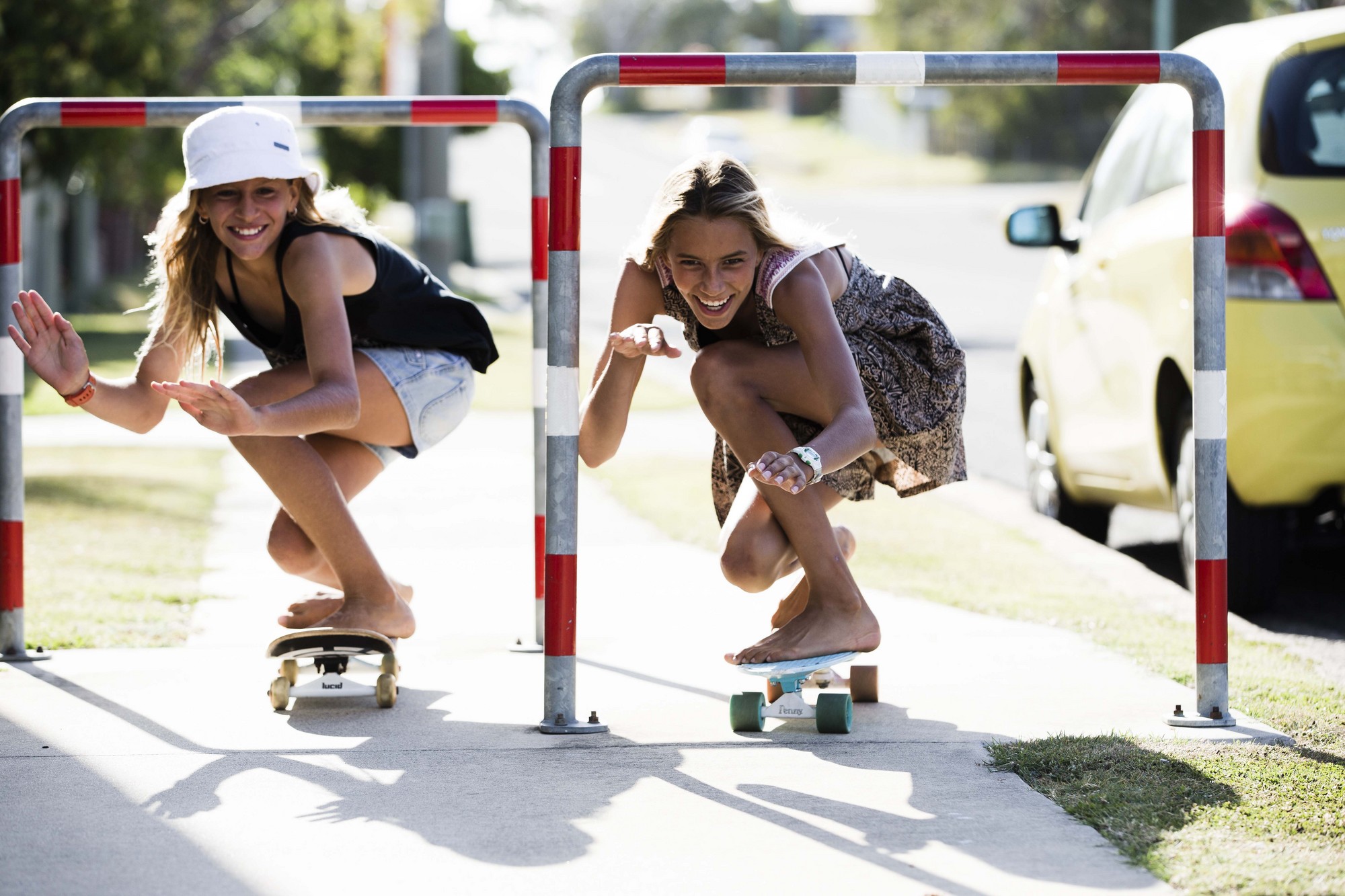 “Create a GoPro clip! (Have fun on a longboard)”

If you’ve got a GoPro lying around anywhere then this one is a surefire flat-day winner. It’s time to grab the longboard and practice silly things like headstands, tandem surfing, cockroaches, sit-down and backwards surfing with your besties. Throw in an inflatable unicorn for good measure. Then spend the arvo watching the antics and posting them to the ‘gram for the world to see!