Meet The Winner: Sail The Coastline of Croatia Competition

We love giving back, so earlier this year SurfStitch linked up with the kind folks at G Adventures to shout one lucky customer the trip of a lifetime to sail the incredible coastline of Croatia!

With the warm, blue Mediterranean, beautiful cities and new journey’s at the cuff of each waking day, entering the competition itself was an opportunity not to be missed, and when the bill is already paid for, it only makes things sweeter for the lucky winner whom of course, was to be drawn at random.

That lucky person, was Tasmania’s own Dave Matthews. To learn all about how Dave spent his time, including the best moments, how he acted after being announced the winner, as well as picking his brain for some hot tips, we caught up to talk all things Croatia and the adventure that was. Read on and take it all in, you could be next! Dave, you recently won SurfStitch prize to sail the coastline of Croatia! Congratulations!
Thanks! Everyone was congratulating me on the win, but really it’s just luck – you’ve gotta be in it to win it! I had thought twice about entering the comp actually, and then thought ‘why not?’

How did it feel after we contacted you to let you know you had won?
I was so pumped. I was sitting in the office when I took the call, and couldn’t believe it! I was trying to mime it to my office mate while still on the phone, but how do you mime ‘sailing in Croatia’?! Then I called my wife Kaitlyn, and told her. She said it was a scam, and I couldn’t convince her for a while. I couldn’t contain my excitement and went around telling everyone what had just happened. Still as I write this, 3 months later, I’m shaking my head because I still can’t really believe it.

Tell us all about the experience?! What were the best moments?
What an experience it was!! I had never been outside of Australia aside from a school trip to Fiji, so international travel was a whole different ball game to anything I’d done. After arriving in Dubrovnik, we did some sight seeing and constantly reminded ourselves we were half way across the globe. What a mind bender!

We slept off most of our jetlag and fuelled up before the sail the next day. A top highlight was when our accommodation host drove us to the start point of our sail, and we found our yacht. This was the moment when I could be confident that this prize was for real and no scam. Relief! Sailing the Adriatic Sea was so beautiful, and so starkly different from Tasmania.

The best moments were probably rolling into the marinas after a day of sailing, and going to find a bar or restaurant for dinner. Every place had something different on offer, and we found some pretty special spots! We had some nights eating together as a whole group from the yacht, and a few quiet nights. Seeing the coast by boat gave us a real scenic tour while also covering lots of different spots. So sick! It’s so different to tour in a boat, rather than along the coast in a car. It gave us a totally different perspective. History is a different thing over in Croatia. We went to one town that was 2,500 years old. In Australia, an old building would maybe be built in the 19th century. Walking the streets of Starigrad, in Hvar, I knew people had been there for thousands of years before I was even born! As low-key history lovers, my wife and I soaked that experience up. How long were you there in total?
We had a week in Croatia, arriving the day before the cruise and flying out the day we finished. It was a cool amount of time, where we were left wanting more – we didn’t get to see everything at every stop. It leaves a bit of mystery there, rather than feeling like we wouldn’t want to go back or we exhausted the spots we went to. We won the sailing trip in Croatia, but Surfstich and Gadventures were cool enough to let us tack on another leg of the journey after the sail ended. We flew straight to Italy and had a week exploring over there. So it was a short, sharp trip – two weeks in total. Enough to give us a taste of Europe without breaking the bank and burning all of our annual leave in one hit!!

Give our audience some tips for those willing to chase the same adventure!
Enter those competitions you think you’ll never win! You never know!! If you aren’t lucky enough to get your named pulled for a prize like this, I’ve got a couple of tips regardless:

1. Do some research before you go! We were slammed at work before we left so didn’t do too much research on all the spots we were going to. Those little bits of research that we did do absolutely paid off! Research is key if you’re on a bit of a tight schedule (who isn’t when they’re on holidays overseas!?), and I’d recommend hitting the books before you go.

2. Go with an adventure company (like Gadventures) These guys know the country – they’ve been running tours here for ages, and they’ve got local guides that know the ins and outs of every town. Our skipper could give us awesome tips about good spots to eat, and perhaps more importantly the areas to avoid. You may be able to save a few dollars by booking everything yourself, but being in the same accommodation the whole time is really stress free. If you’re a solo traveler or wouldn’t mind some company, these tours are an awesome way to go. One of the girls who was with us usually goes solo, and travels exclusively on this style of tour.

3. Try new things! This seems like a cop-out travel tip, but it’s worth saying. Everything is pretty different over there, so be willing to go out on a limb. I don’t usually eat any seafood at home, but we were staying in fishing villages on the coast a lot of the time. Deciding to jump out of my comfort zone and order fish a couple of times was a great move, and I didn’t regret it! Since coming home I’ve been inspired to get into some fish as a result.

4. Don’t cut costs all the time As with most young people travelling, I was pretty keen to holiday on the cheap. I went in with the mindset that I’d go the cheap option every time, and take less of a hit on the savings. Reality check: cool experiences, nice clothes/souvenirs and good food cost good money!! I let this get me down a bit in the first couple of days, but Kaitlyn gave me a bit of perspective, reminding me that we would likely only be in Croatia once.

We had to make the most of it. So I reckon t’s worth dropping the extra coin on some things. Croatia is known for its delicious seafood, but it was pricey – but so worth the money! Work out the things you’re happy to spend more on and go for it every now and then. And most importantly, stop thinking about how much it costs as soon as you pay. When you decide to fork out, forget about the price! You’ve paid now, so just enjoy it. Be happy to have paid top dollar and make the most of the experience rather than hold on to your money too tightly. 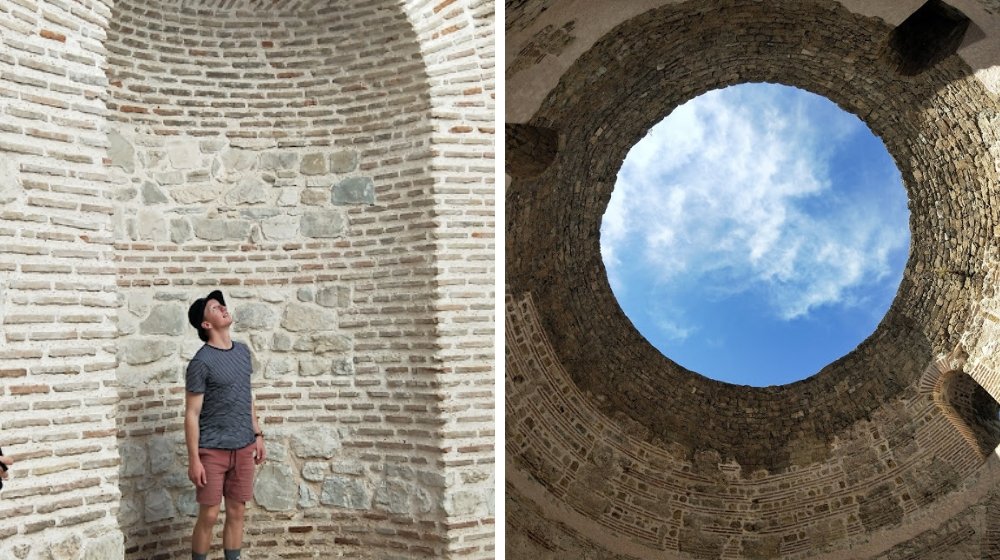